BETSY represents a rare opportunity to own and restore the last remaining example of the revered Northeast Harbor 30 class. Designed in 1932 by Nicholas Potter and A. Sidney Herreshoff for yachtsmen of the Mount Desert Island Community in Maine, the Northeast Harbor 30s were built by Herreshoff Manufacturing Company and are probably better suited to contemporary ownership than many other classic designs of that era.

HMCo. was a business in transition during the 1930s; their market was changing rapidly and the Depression posed considerable challenges to their survival. At this time, HMCo. began advertising several classes of boats — the “Herreshoff Squadron” — in an attempt to broaden their market beyond one-off custom yachts for high-end patrons, and build upon the one-design concept that had previously served the Company so well. The 1930s “squadron” boats were reasonably affordable and versatile in their design: they could be family boats, comfortable cruisers, lively racers, or all three.

The Northeast Harbor 30 was one such class intended to appeal to a wider audience. Northern European meter boats were the inspiration for a sleek hull that is long (47′ LOA), narrow (7′ 9″ beam) and easily driven with a conservative spread of canvas. But they are also surprisingly handy cruisers that can sleep four, boast full standing headroom and a small galley, and carry a rig designed for easy single-handing.

BETSY (HMCo. #1228), currently named FLEET ANGEL, is in storage here at Artisan Boatworks in Rockport awaiting restoration. Her full complement of original plans exist in the Hart Nautical Collections at the MIT Museum, and photos, correspondence and even her original contract can be found at the Herreshoff Marine Museum. Authentic Herreshoff restoration candidates are increasingly rare these days – don’t let this once-in-a-lifetime opportunity slip by!

Don’t miss this incredibly rare opportunity to own a piece of sailing history. For a detailed cost estimate and restoration timeline contact Artisan Boatworks at (207) 236-4231 or info@artisanboatworks.com 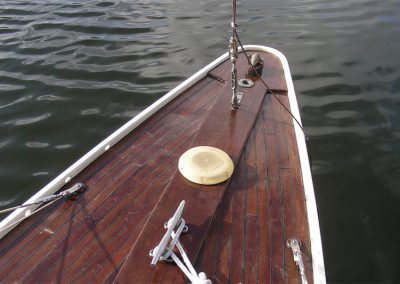 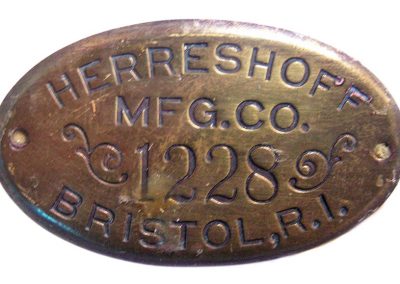 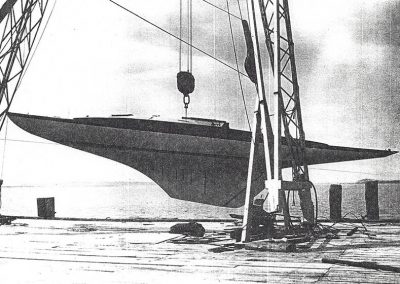 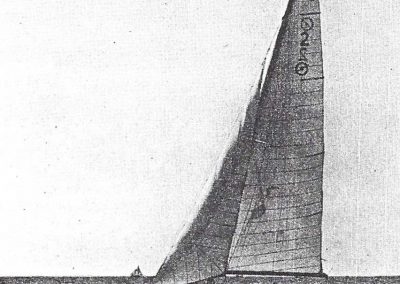